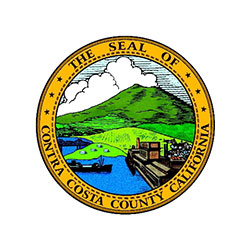 The County of Contra Costa administers permits for development and other land use activities for 19 cities, including Richmond, Walnut Creek, and San Ramon. The county’s Joint Billing System (JBS) for tracking land use projects and for managing permit requests was self-developed over the period of several years and by several different developers. The county identified several areas for improvement:

Ten2Eleven assembled a team with a broad set of experience to drive platform selection and creation of a roadmap for the new Contra Costa County JBS.

Key decision factors included the platforms’ fit with the County’s current and anticipated needs; the ability of County staff to maintain and customize the platform; the ability to integrate with County timekeeping and financial systems; and the anticipated total cost of ownership.

Ten2Eleven conducted several workshops with different County teams to understand the overall set of features and capabilities which the new JBS would need to provide. This included discussions with representatives from adjoining County systems which the new JBS would integrate with, as well as end-users, managers, support teams, and land-use administrators.

Ten2Eleven developed an application roadmap covering a 24-36 month timeframe after initial deployment of the new JBS. The roadmap identified new capabilities to bring online at approximately 4-month intervals, which was the optimal rate of change which County staff could support. The roadmap was reviewed by County staff and management and adopted as part of the new JBS initiative.