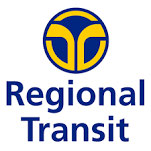 As RT’s ridership and number of routes increased, RT’s Route Coordinators were finding it impossible to assign drivers in a manner which complied with all of the regulations and labor contracts. Being out of compliance meant bad publicity, impact to labor relations, and potential fines.

Ten2Eleven was asked to evaluate the existing HR and route systems and to deliver an analytics solution to help Route Coordinators assign drivers optimally. Ten2Eleven’s Analysts profiled the existing data and interviewed RT staff in order to fully understand the operational requirements that RT operates under.

Ten2Eleven’s Analysts then created a desktop-based application which would import data from HR and route systems and provide decision support analytics for Route Coordinators to use in assigning drivers. Using rapid development principles, Ten2Eleven solicited feedback from RT staff and refined the application over the course of several incremental releases.

Ten2Eleven provided knowledge transfer and training to RT staff to ensure the solution was maintainable by RT after Ten2Eleven completed the project.